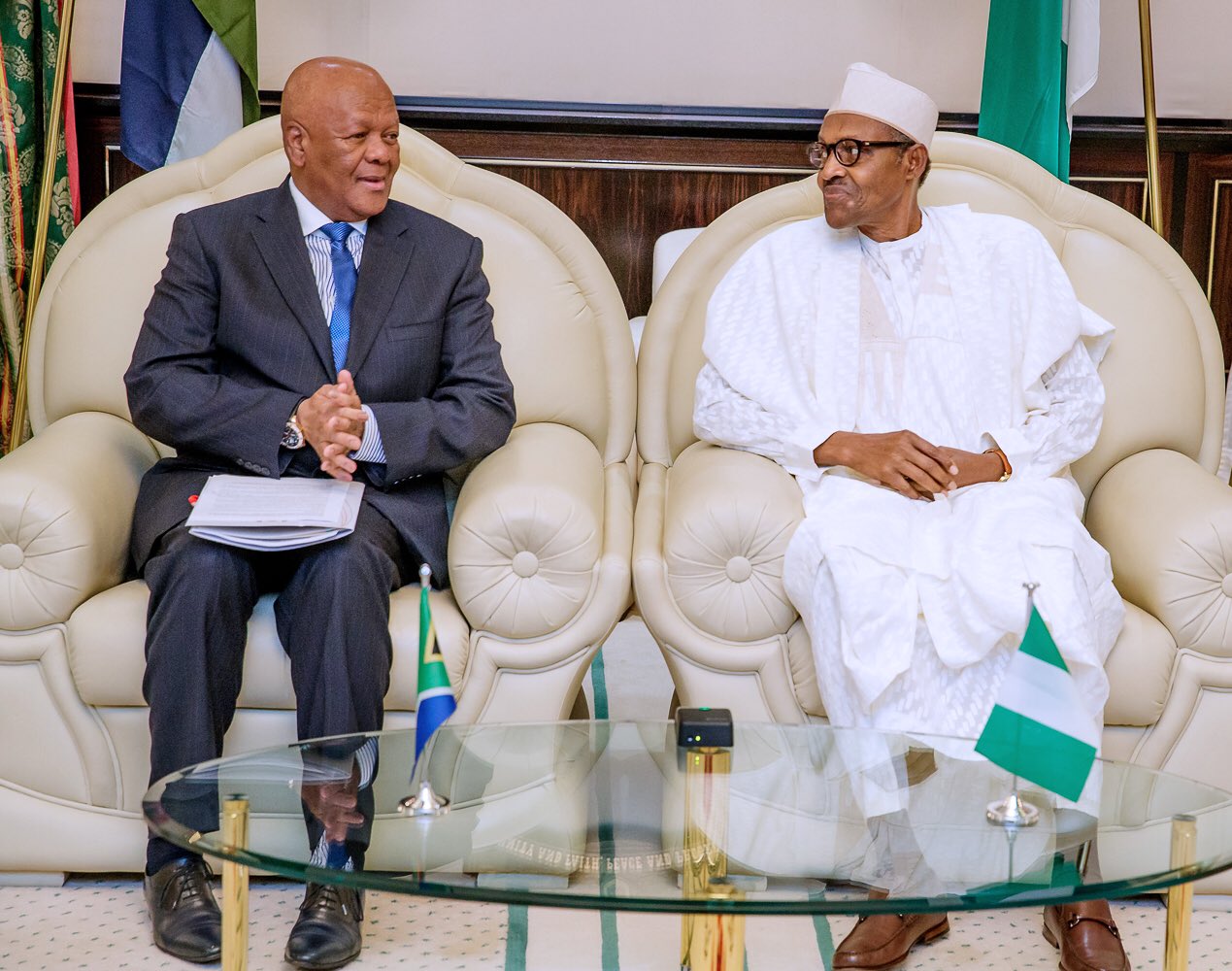 The delegation from South Africa’s president Cyril Ramaphosa sent to deliver messages of solidarity to Nigeria, has met with President Muhammadu Buhari, at the presidential villa in Abuja.

The delegation led by Jeff Radebe, tendered a formal apology to Nigeria over the xenophobic attacks on Nigerians in South Africa.

Speaking with State House Correspondents after the meeting, Radebe said;

“We met with President Buhari to convey President Ramaphosa’s sincerest apologies about the incidents that have recently transpired in South Africa.

“The incidents do not represent what we stand for as a constitutional democracy in South Africa and the President has apologised for these incidents.

“He has also instructed law enforcement agencies to leave no stone unturned to bring those involved to book.

“He (Ramaphosa) also conveyed his resolve of ensuring that both Nigeria and South Africa continued to play a critical role in the rebuilding of Africa to attend the agenda 2063; the Africa that we want.

“We also recalled with fun memories the historical times that exit between Nigeria and South Africa. During the dark days of apartheid, we knew that the Nigerian people and their government stood behind our leaders, who were fighting against the obnoxious system of apartheid.”

Speaking on if there is a provision for any compensation to Nigerians whose property were either looted or set ablaze, the envoy replied that such issues would be tackled during Buhari’s October 3rd visit to South Africa. He said:

“During President Buhari’s state visit to South Africa, there will be discussions there. I do understand that the issue of compensation and restitution is part of the agenda.

“We should wait until October 3 to see how that unfolds. But, I can indicate that as a lawyer, the South African laws require that all registered companies must have public insurance in terms of things of this nature.” 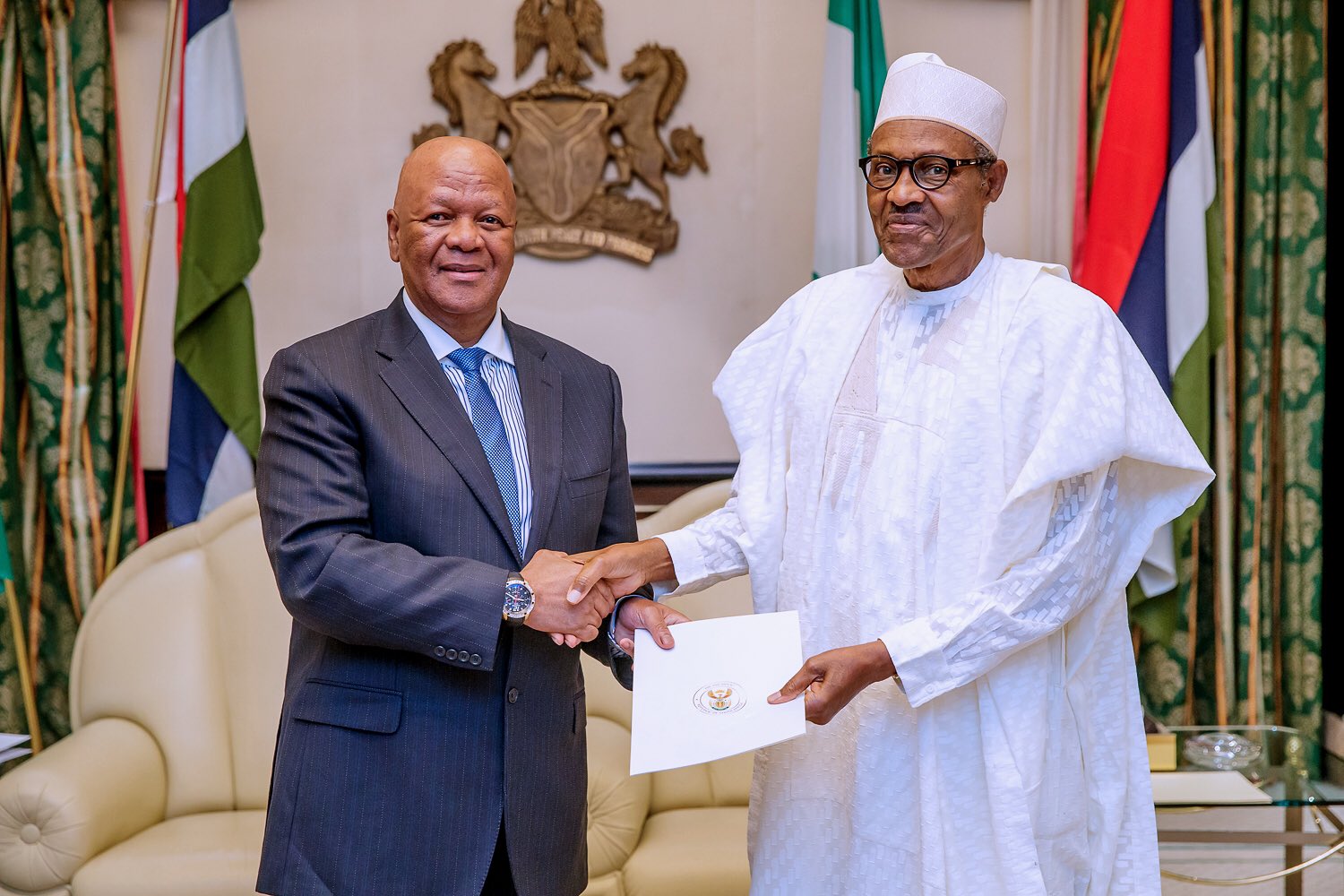