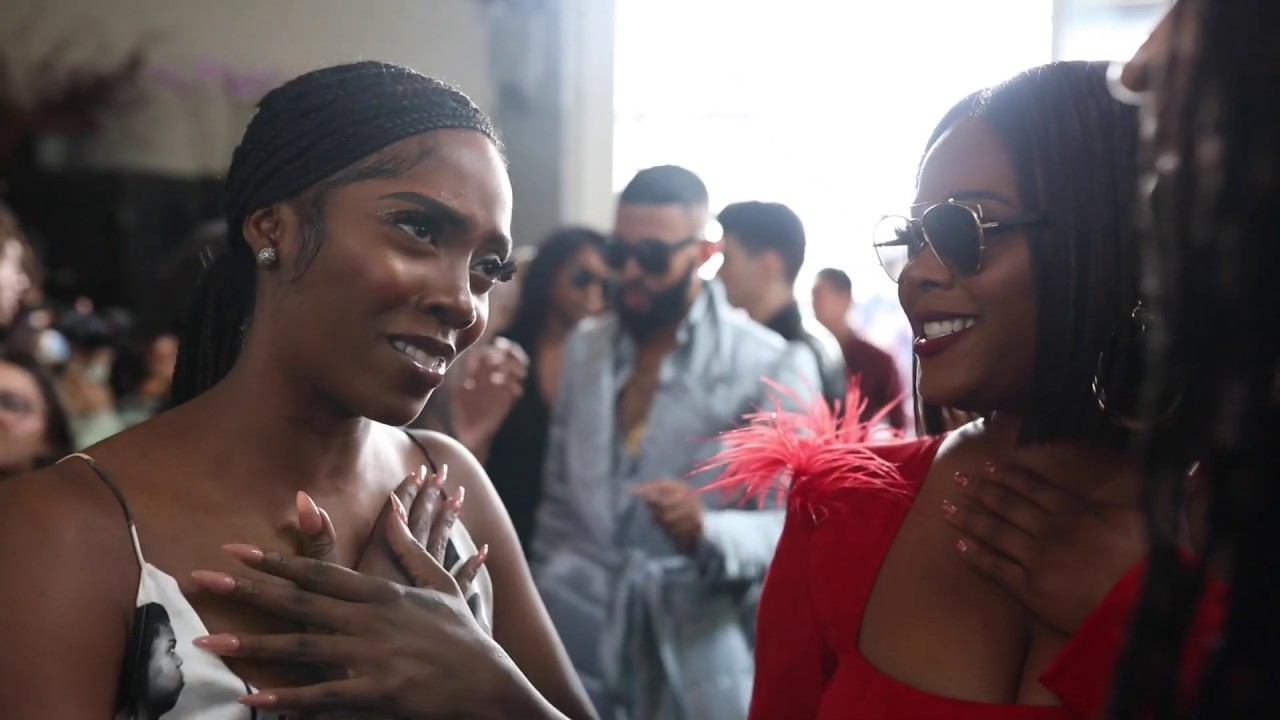 Nigeria’s Afro-pop queen, Tiwa Savage is presently on a row as she proudly graced the New York Fashion Week over the week in style, using the avenue to premiere her latest single, “49-99” at the fashion event.

Tiwa Savage was hosted by a couple of brand partners at the event and she also granted interviews to notable platforms present at the event.

The “Number one African Bad Girl” was introduced to the waiting dignitaries and she expresses her music journey at the Martell Mixer Meeting. Explaining the concept behind her latest song, “49-99”, the singer said she borrowed it from the Afrobeat Legend, Fela Anikulapo-Kuti‘s popular expression of “49 sitting, 99 standing” – a typical situation in Lagos transport system where passengers scuffle in the popular big yellow buses called “molue”.

For Tiwa Savage, she wants the world to know where she’s coming from, to see her Nigerian story, hence the title of her song.

Tiwa Savage is currently under Universal Music Group and her presence in the global scene is something we are all proud of.

Watch the iconic moments below: