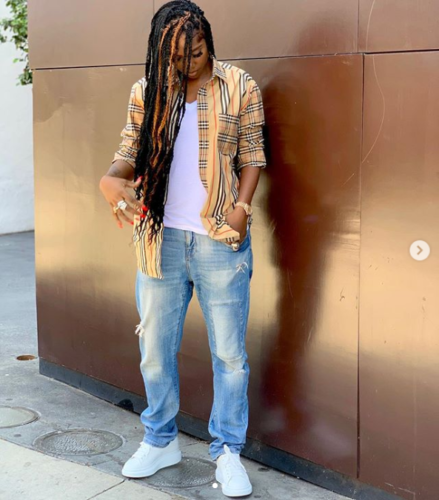 It was a battle of Zanku supremacy between Tiwa Savage and famous dancer, Poco Lee at Tiwa’s “49-99” premiere party in Obalende, Lagos.

On the 17th of September would be a day to remember for some music fans as Tiwa Savage took her bubbly self and her team to entertain Lagosians for free at the very busy area of Obalende on a sunny afternoon. While the crowd that was present for the show was expecting to catch a glimpse of Tiwa Savage on stage performing her rcently released song, they got more than they had hoped for as Tiwa and Poco Lee did something that was similar to a face-off as they showed some really dope Zanku moves.

Tiwa never shied away from Poco Lee’s sleek moves and she gave some really unique moves too. Watch the video below and judge who did better with the dance: