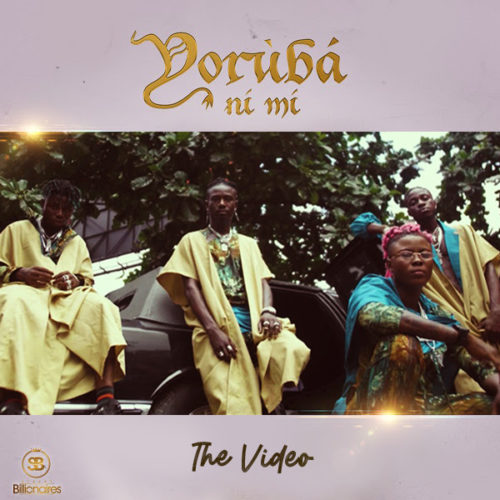 Chocolate City musical group, Street Billionaires release the video for their latest single, ‘Yoruba Ni Mi’, which dropped last year.
The video sees the indigenous group embrace their roots, as well as wider Yoruba culture. It is a colourful collage of fabrics, tie-dye patterns, artefacts, food, as well as other core elements of the Yoruba aesthetic, and also features a number of gorgeous overhead shots of Lagos state.
Speaking on the release, The Street Billionaires said, “The video to us represents a celebration not just of Yoruba culture, but of Nigerian cultures as a whole. In celebrating our own cultural heritage, we also wanted to highlight unity in the diversity of cultures within Nigeria. And we feel that reflects within the video, and in our core message.”
Watch the video for ‘Yoruba Ni MI’ below.