US Stars, Offset & Cardi B All Loved Up As They Celebrate 2nd Wedding Anniversary 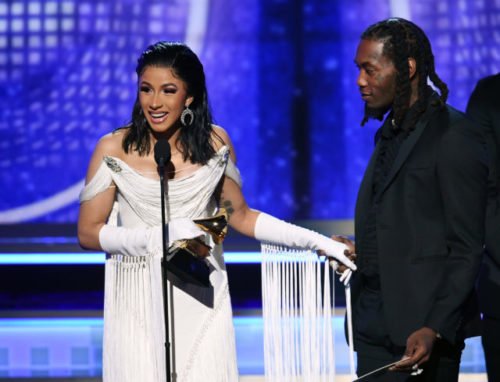 American rappers; Offset & Cardi B have sent sweet words to each other on social media as they celebrate their 2nd wedding anniversary.

The two love birds who got married secretly without anyone’s notice in 2017 are now gushing over the decision and its result. Thanking eachother for making it worthwhile and moreso, for the little daughter, Kulture that the marriage has produced.

It was Cardi who took to her social media pages firstly to show her gratitude towards her husband and showing her excitement for keeping the marriage real since 2017. She wrote; “9/20/17 Happy marriage anniversary hubby. We keep learning and growing. Thats what marriage about.”

Offset followed suit with a post about their anniversary on his social media pages too, but with more details. He wrote; “Today is our anniversary nobody believed it was real. We got married without nobody knowing because it was only between us and God! Now we have beautiful Kulture and a big family. I love you 4ever and after life.” 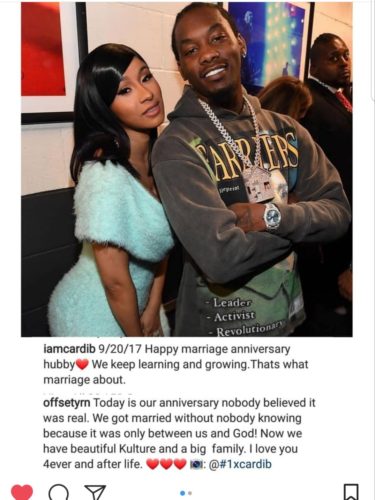 The post US Stars, Offset & Cardi B All Loved Up As They Celebrate 2nd Wedding Anniversary appeared first on tooXclusive.