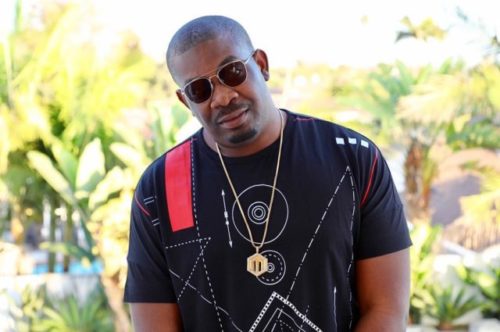 Legendary producer and owner of Mavin Records, Don Jazzy, has expressed his displeasure at the constant bullying of Nigerians who seek better change peacefully and constitutionally by the Nigerian government.

Don Jazzy took to his Twitter page just few hours ago to express his dissatisfaction as well as call for the halt of the Nigerian government’s tyranny over her citizens when they make attempts to force a change even in the most peaceful manner. Don Baba cited an example of the case of recently abducted politician and human right activist, Omoyele Sowore, who was picked up for wanting to stage a peaceful protest to question the inefficiency and ineffectiveness of the current government in Nigeria. Don Jazzy thereby thinks a rapid solution needs to be searched for, to seek confidence and eradicate fear in the policy making process which the populace should be a major part of.

Don Jazzy; “This dangerous precedent of stifling opposition voices and dissenting opinions has survived enough. Let’s not pretend our nascent democracy isn’t being sabotaged when citizens shudder at the thought of people they elected into power. I plead for Sowore #FreeSowore.” 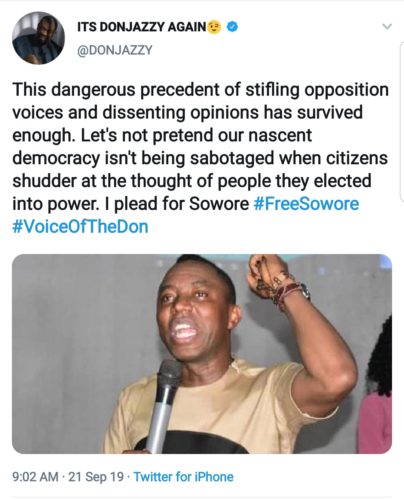